State Department to Congress: Don't knock Iran deal until you see it

(CNN) – The U.S. is currently negotiating to try to get Iran to stop what the U.S. believes is a nuclear weapons program.

Secretary of State John Kerry has been working to get that nuclear deal done almost since he began his time at the State Department.

"It's the final stages of this. That's often when the tough discussions, the tough decisions are made, and we're certainly hopeful that will be the case, but we're working toward that (November 24 deadline)," State Department spokeswoman Jen Psaki said in an interview with CNN's "The Lead with Jake Tapper."

But there is already a move in Congress to block the deal, Sen. Mark Kirk, R-Illinois, warns that Iran will use a weak deal as cover to get nuclear weapons.
END_OF_DOCUMENT_TOKEN_TO_BE_REPLACED 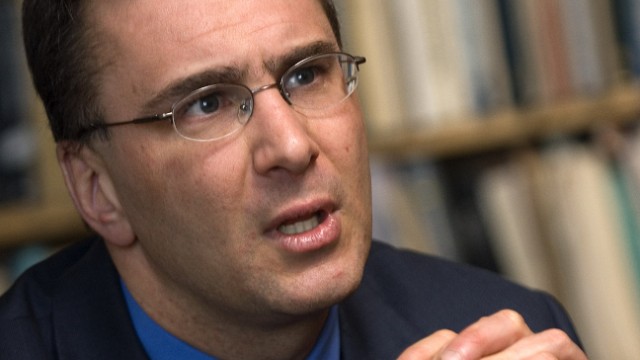 Obamacare architect in 6th video: 'Mislabeling' helped us get rid of tax breaks

Washington (CNN) - In a 2011 conversation about the Affordable Care Act, MIT economist Jonathan Gruber, one of the architects of the law more commonly known as Obamacare, talked about how the bill would get rid of all tax credits for employer-based health insurance through "mislabeling" what the tax is and who it would hit.

In recent days, the past comments of Gruber - who in a 2010 speech noted that he "helped write the federal bill" and "was a paid consultant to the Obama administration to help develop the technical details as well" - have been given renewed attention.

In previously posted but only recently noticed speeches, Gruber discusses how those pushing the bill took part in an "exploitation of the lack of economic understanding of the American voter," taking advantage of voters' "stupidity" to create a law that would ultimately be good for them.