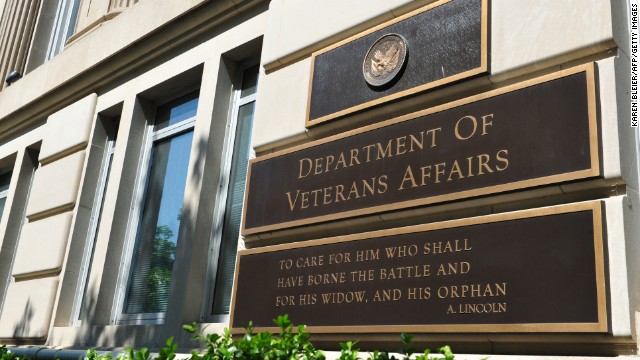 [Update, June 13] The VA tells CNN in a statement: With the investigation by the U.S. Attorney and VA Office of Inspector General (OIG) completed, VA has initiated administrative actions related to the Legionella outbreak in Pittsburgh.

(CNN) – Two Pennsylvania congressmen, one Democrat and one Republican, charge that officials within the national Department of Veterans Affairs tried to stall, if not block, their attempts to find out about hundreds of veterans on wait lists for years, waiting for health care appointments at the Pittsburgh VA.

If the charges are true, the VA officials responsible should be terminated, chairman of the House Veterans Affairs Committee Rep. Jeff Miller, R-Florida, told CNN.

Cord told Murphy, the congressman says, that an internal audit indicated that the Pittsburgh VA “passed with flying colors,” with the exception of those veterans seeking appointments in podiatry.

“I don’t believe that,” Murphy said, according to people on the call.

Murphy says he was taken off guard by the phone call. Officials with the Pittsburgh VA – which has had significant problems in the past, with an outbreak of Legionnaire’s Disease in 2011 and 2012 that left at least six veterans dead – never independently picks up the phone to call him, his staffers say.

“It is my belief the purpose of the unannounced call was not to provide me the facts on patient wait times at the Pittsburgh VA, but was a smokescreen to prevent me from understanding what exactly was going on there,” Murphy told CNN. “I’ve heard the ‘all is okay’ message in midst of management failures too many times from the VA to believe it on face value ever again.”

Doyle said that Wolf had told him something quite different – that Pittsburgh had up to 700 patients on this wait list, called the NEAR (New Enrollee Appointment Request) List, for veterans enrolling for the first time. Some of these veterans had been waiting years for their first appointment.

Doyle and Murphy say they called Wolf, who told them she knew about the list three weeks before, but was told not to inform the congressional delegation about it for fear she would be fired for disclosing the information.

Specifically, congressional sources say, Wolf said she was told not to do so by Gary Devansky of the Pittsburgh-based Veterans Integrated Service Network 4, on behalf of Vivieca Wright, the Veterans Health Administration's Director of Network Support.

“Interfering with Congress’ constitutionally mandated oversight responsibility is not just wrong, it’s against the law,” Miller said. “Right now acting VA Secretary Sloan Gibson needs to immediately send a clear and powerful message that criminal behavior will not be tolerated within VA’s ranks. The only way to do this is by immediately firing anyone who directed VA officials not to speak with members of Congress.”

A spokesperson for Wolf and Cord would not comment. “These allegations are not being made by Mr. Cord or Mrs. Wolf. You need to talk to the people making the allegations about them,” Mark Ray, spokesman for the Pittsburgh VA, told CNN.

A spokesperson for Devansky referred CNN to the national VA media office. Communications director for the national VA Josh Taylor would not comment on whether Devansky or Wright told Pittsburgh VA oofficials not to discuss the NEAR list with the two members of Congress, though he told CNN he had “asked our media relations office to look into the specific issues you raise in Pittsburgh.”

Murphy and Doyle issued a press release saying they had “learned that higher-ups within the Department of Veterans Affairs may have instructed officials at the Pittsburgh VA not to inform members of Congress about the existence of a wait list.”

"Wolf told the lawmakers that officials at VA headquarters did not want her talking with congressmen,” The Pittsburgh Tribune-Review reported.

The two congressmen have asked the Department of Veterans’ Affairs Inspector General to investigate this incident and have been told IG has begun its investigation.

“At this point, Congressman Doyle wants to let the IG’s office do its work, and he’ll have a comment once he’s had a chance to review the IG’s conclusions,” Doyle’s communications director Matt Dinkel told CNN.

The national audit, which came out earlier this week, had a lower number than Doyle had originally been told of veterans waiting for appointments – 491 veterans for whom an appointment was never scheduled, instead of up to 700.

Doyle and Murphy suspect the VA was holding off on informing Congress until they could get the numbers as low as possible by reaching out to those on the NEAR list and resolving as many cases as possible.

“As with any large scale data release, VA needed to ensure the documents were as accurate as possible, and thoroughly reviewed once the audit concluded late last week," Taylor said, referring to the national audit. "VA is committed to transparency and will continue to report updated wait-time data on a bi-monthly basis. The priority now across the country is to get Veterans into care and off waiting lists as quickly as possible.”

Miller, the chair of the House Veterans Affairs Committee, charged that this incident is not a fluke.

The reputation of the Department of Veterans Affairs “is in shambles because top department leaders looked the other way while mid-level bureaucrats lied, cheated and put the health of veterans they were supposed to be serving at risk,” Miller said. "Gibson has a unique chance to begin to repair the department’s soiled reputation. But this task will be impossible if he allows blatant violations of the law to go unpunished.”

He also called for the Department of Justice to get involved.