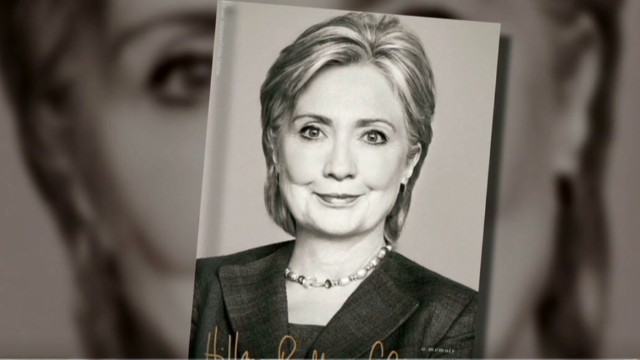 In Benghazi chapter, Clinton says Marines were in Tripoli

(CNN) – Discussing the most controversial part of her tenure at the State Department in her new book, "Hard Choices" – the attacks on the U.S. compounds in Benghazi, Libya, on the night of September 11, 2012 – former Secretary of State Hillary Clinton seems to gloss over the fact that Marines were not sent amid a worsening security situation in Libya, and were only sent after the attack.

The passage, which occurs in chapter 17, titled “Benghazi: Under Attack,” may bring even more attention to the State Department’s failure to provide sufficient security to American officials stationed in a dangerous place. The attacks killed U.S. Ambassador to Libya Chris Stevens and three other U.S. personnel, Sean Smith, Glen Doherty and Tyrone Woods.

To date, no one has been brought to justice.

Noting how many members of the public and Congress were surprised upon discovering “there were no U.S. Marines assigned to our Benghazi compound,” Clinton notes that Marines are assigned to only slightly more than 50% of the diplomatic posts throughout the globe, focused primarily on protecting, and if need be destroying classified items.

“So while there were Marines stationed at our embassy in Tripoli, where nearly all of our diplomats worked and which had the capability to process classified material, because there was no classified processing at the diplomatic compound in Benghazi, there were no Marines posted there,” Clinton writes.

It’s accurate that there were no Marines at the U.S. compounds in Benghazi – Clinton doesn’t go into it, but one of those compounds was a CIA compound with its own force protection.

But, as Gen. Carter Ham, the former commander of Africa Command, testified before Congress on June 26, 2013, “there was no Marine security detachment in Tripoli.”

It wasn’t until after the attack that Marines were sent to the U.S. Embassy in Tripoli, a contentious issue before and after the attacks, since so many diplomatic officials and security forces before the attack had been pleading to the State Department for greater military protection in Libya.

The former regional security officer at the Embassy in Tripoli, Eric Nordstrom, testified that the most frustrating part of his job had been “dealing and fighting against the people, programs and personnel who are supposed to be supporting me... For me the Taliban is on the inside of the building.”

Aides to Clinton argue that the secretary is not getting any facts wrong in this passage. The point she was try to make is that even members of Congress were surprised that only 50% of U.S. diplomatic facilities had a Marine detachment, said one aide, and that the temporary facility in Benghazi was not among them, that the Embassy in Tripoli only had a Marine guard unit after the attacks. They agree that the passage could have been written more clearly.

It’s worth noting that there were no Marines posted at the U.S. compounds in Benghazi after the attack because there were no U.S. compounds after the attack: the U.S. withdrew from the area. By October 1, 2012, State Department spokeswoman Victoria Nuland announced that “everybody who was in Benghazi and posted there has been withdrawn from Benghazi.”

Even taking the explanation at face value, Clinton’s explanation seems to gloss over the fact that Marines weren’t sent to Tripoli until after the attacks.

The issue has added resonance given Clinton’s book tour, possible presidential campaign, and her acceptance of responsibility, but not blame for the denied security requests.

In her first major interview for the book, Clinton was pressed by ABC News’ Diane Sawyer on the matter.

“Is there anything you personally should have been doing to make it safer?” Sawyer asked.

The lack of U.S. Marines in Tripoli during the attack became a point of contention in the days after the attacks, with White House press secretary Jay Carney asked on September 19, 2012 about the conflicting information about Marines given by the administration.

Then-UN Ambassador Susan Rice explained their absence on September 16, 2012 on ABC’s "This Week."

“Our presence in Tripoli, as in Benghazi, is relatively new as you will recall. We've been back post-Revolution only for a matter of months,”  Rice said.