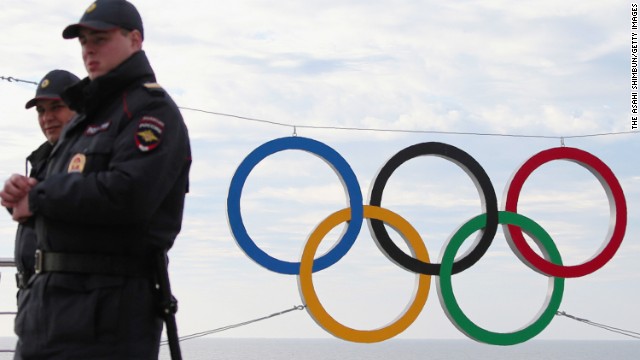 The source emphasized that there was no known threat to the United States, but the notice to U.S. and international carriers is based on new intelligence information ahead of the start of the Olympics in Sochi this week.

In an exclusive interview with CNN last Thursday, President Barack Obama expressed concerns over the safety at Sochi.

"I believe that Sochi is safe and that there are always some risks in these large international gatherings. I'm always going to feel even better if it's inside the United States because then we have full control over what happens.

"The Russian authorities understand the stakes here. They understand that there are potential threats that are out there. And we are coordinating with them," Obama told CNN.

Over at the State Department, Secretary John Kerry told CNN in an exclusive interview Wednesday that the Games will be safe, up to a point.

"We're not telling people not to go. I think it will be as safe as you can make any large public event, in a place where, obviously, we all know there have been some threats of late," Kerry said.

"We feel that everything has been done that can be done to try to guarantee people's safety and security. And we ask people, we simply alert them that – as we would anywhere where they're in a large public space where there are threats that ... are sort of out there floating around – just take precautions. Be careful. Think about where you are, just as we did, always, in America post-9/11," said Kerry.