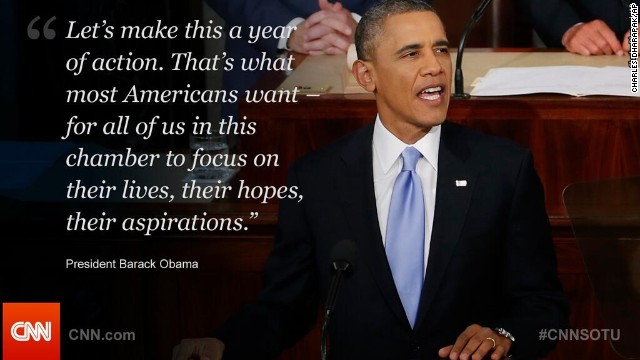 (CNN) - President Barack Obama laid out a "year of action" in Tuesday night's State of the Union address.

Obama pushed ambitious goals, including moving the ball on immigration, minimum wage, and education reform – but can he get them done?