With a trickle, not a flood, West Virginia water restrictions are ending

(CNN) - Water began flowing through some West Virginia taps Monday, four days after a licorice-scented chemical leaked into a river upstream from the state's largest city - fouling water supplies for hundreds of thousands.

"We have made a lot of progress, but I ask all West Virginians to remain patient as we work to safely restore service to all areas," Gov. Earl Ray Tomblin said.

Inside Iraq: Two years after U.S. withdrawal, are things worse than ever?

Baghdad, Iraq (CNN) - On a bitterly cold December morning in 2011, we watched as the last U.S. troops crossed the border into Kuwait, ending America's war in Iraq.

More than 100 vehicles were in that convoy, snaking its way across the desert and through the floodlit border crossing, leaving behind empty bases and memories of nearly 4,500 American lives that were lost.

Americans breathed a sigh of relief. Many Iraqis held their breath. War, they feared, was far from over for them, and time has borne out their fears. The death and violence never stopped - it's just that the bombs and bullets faded from American minds and television screens once the pull-out was complete. 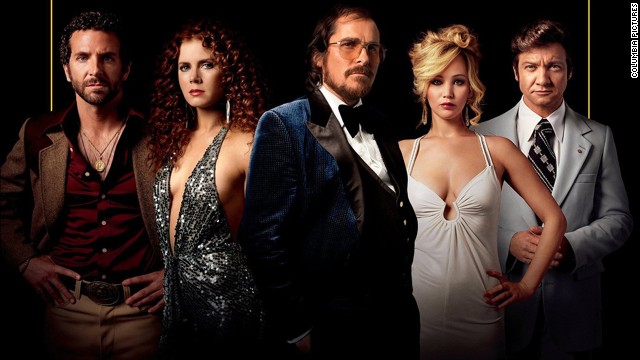 How true are Hollywood's 'true stories'?

(CNN) - In Hollywood, awards are all about belief. On Sunday night, more than half of the film category statues were given to movies based, at least loosely, on a true story.

Films like "Dallas Buyers Club," "The Wolf of Wall Street," and "American Hustle" won big, piling praise as high as the stack of facts left on their cutting room floors.
END_OF_DOCUMENT_TOKEN_TO_BE_REPLACED

How does U.S. measure success of new Iran nuclear deal?

(CNN) - Iran has pledged to start eliminating some of its uranium stockpile on January 20, the White House said Sunday. That gives an official start time for the six-month interim deal with Iran, which was first announced in November.

But there are still hurdles ahead for this deal.

"Congress could certainly blow it up. If the Iranians don't comply with any of the major provisions, it could blow it up. (And) if there was a discovery a new facility, something we didn't know about," said New York Times national security correspondent David Sanger.
END_OF_DOCUMENT_TOKEN_TO_BE_REPLACED

(CNN) - A new study released by the National Bureau of Economic Research finds that reality show "16 and Pregnant" and its spin off "Teen Mom" may have prevented more than 20,000 teen pregnancies in 2010 – a 6% drop in the teen pregnancy rate since the show's original debut the previous year.

"It is very difficult to change (young people's) behavior by merely providing them information," said said HLN's Dr. Drew Pinsky, who  who has hosted reunion shows for "Teen Mom" and "16 and Pregnant" cast members, and come to know a few of them personally.

"Changing their behavior requires a relate-able source, somebody like them, a story they can dig into," said Dr. Drew.
END_OF_DOCUMENT_TOKEN_TO_BE_REPLACED