(CNN) - President Barack Obama is inviting some of the country's most prominent tech gurus to the White House Tuesday for their input on the controversial NSA surveillance programs, sources tell CNN.

They include Tim Cook of Apple and Eric Schmidt of Google, along with executives from Microsoft, Facebook, Netflix, and others. Many of them have expressed serious concerns about the scope of the programs.
END_OF_DOCUMENT_TOKEN_TO_BE_REPLACED

(CNN) - Sheltering in his classroom as shots rang out, Arapahoe High School student Matt Bowers fumbled for a pen in his pocket, and hastily scrawled a goodbye note to his family on his own hand.

"It said, 'Family, I love you all so much,' and I underlined the 'so much' because I really meant it," Bowers said in an exclusive interview with CNN's "The Lead with Jake Tapper."

Underneath, the young Christian wrote, "I'm here now" and drew a cross, symbolizing he was in heaven.
END_OF_DOCUMENT_TOKEN_TO_BE_REPLACED 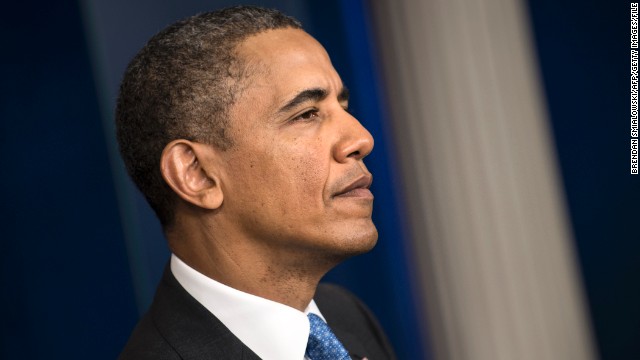 Tech executives to meet with Obama

The meeting will also address national security, the controversial NSA surveillance programs, and economic impacts of unauthorized intelligence disclosures. Many tech executives have expressed serious concern about the scope of the National Security Agency's programs.

Obama will discuss ways the administration can partner with the tech sector to further grow the economy, create jobs, and address issues around income inequality and social mobility.

Actor: Sex, nudity, and emotional vulnerability in 'Masters of Sex'

(CNN) - Showtime's "Masters of Sex" was one of the few first-year television shows that made the American Film Institute's top 10 TV shows of the year.

On the surface of the series are awkward, embarrassing moments that deal with sex and nudity, but Sheen says those are not the most difficult scenes to film.

"It's actually the challenges of being intimate with someone, being vulnerable, it's sort of an emotional and psychological vulnerability and intimacy that becomes the hardest thing to reveal," Sheen said in an interview with CNN's "The Lead with Jake Tapper."

"It's when you reveal things through the kind of mask of the character about yourself, that it feels the most vulnerable and exposing. And there was a lot of that as the series went on," said Sheen.

For more of our interview with actor Michael Sheen, check out the video above.