(CNN) - "This is a student at Sparks Middle School. Can you please send police out here? There's a kid with a gun."

"Somebody brought a gun to school. They shot a teacher."

As police tried to piece together how and why a seventh-grader shot and killed a teacher and wounded two other students at his Nevada school, recordings of the first calls to police captured the horror and chaos he unleashed.

Analysis: Democrats should stay out of the way, let tea party 'be idiots'

Many Democrats are talking about the tea party and the damage it has wreaked upon the Republican party. But an e-mail Democratic Congressman Alan Grayson sent to supporters yesterday, comparing the tea party to the KKK, is pretty unforgivable.

CNN reached out to Grayson, who defended the image given some of the racist attacks against President Barack Obama.

"Whenever we sink this low in politics and draw that kind of analogy, it doesn't help anybody," said Ron Fournier, with the National Journal.
END_OF_DOCUMENT_TOKEN_TO_BE_REPLACED

Two new reports highlight the toll of drone strikes carried out by the Obama administration. There have been civilian casualties, something even the president has acknowledged.

The human rights group Amnesty International documents nine strikes in Pakistan between 2012 and 2013. One strike on October 24, 2012, killed a 68-year-old grandmother who was tending to her crops, according to Amnesty. They say her family witnessed her death, including her young grandchildren.
END_OF_DOCUMENT_TOKEN_TO_BE_REPLACED 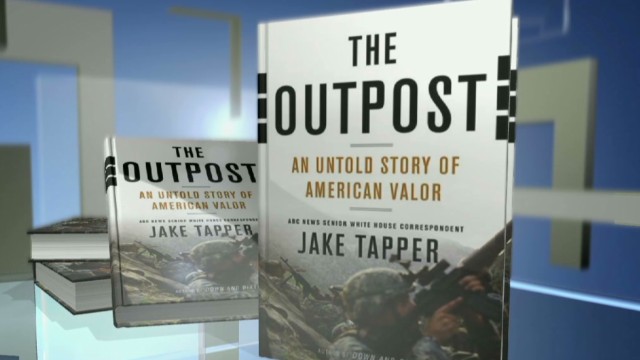 'The Outpost' now in paperback

One personal note from me today, if you'd permit me a momentary indulgence.

Last year I wrote a book, "The Outpost: An Untold Story of American Valor," about a doomed combat outpost in Afghanistan, viciously attacked in October 2009.

Since the publication of the book last November, two of the troops from that battle have been awarded the Medal of Honor – former Staff Sergeant Clint Romesha, and Sergeant Ty Carter. We've told you their stories on this show, and on CNN.

Today, the publisher is releasing the paperback version of the book, which includes some new material, including behind-the-scenes stories about Romesha and Carter, and their Medals of Honor.

If you have a chance, I'd be honored if you'd check out "The Outpost." Some of the proceeds are going to military charities picked out by troops who served.

Even one of President Barack Obama's former innovation fellows, Clay Johnson, said the contractors who made the federal health exchange website, healthcare.gov, were "at best sloppy, and at worst unqualified for the job."

The ongoing problems with the website have given Republicans plenty of ammunition when the House Energy and Commerce Committee holds a hearing on the rollout Thursday.
END_OF_DOCUMENT_TOKEN_TO_BE_REPLACED