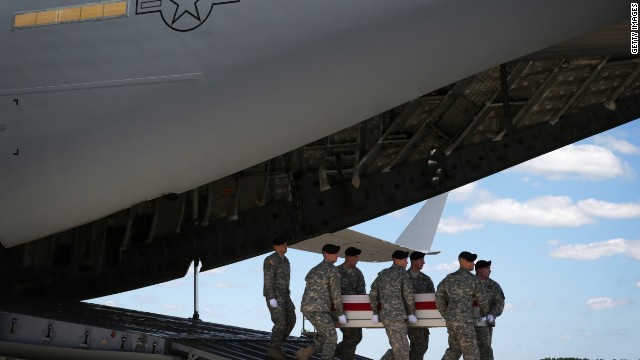 In a letter to Defense Secretary Chuck Hagel obtained by CNN, Sen. Joe Manchin, D-West Virginia, shares the news that Fisher House Foundation has stepped in and offered an advance grant to families of the fallen during the government shutdown, “to ensure there is no funding gap during the most difficult of times, with the understanding that reimbursements would be made at an appropriate time.”

The Pentagon has said it cannot pay death benefits to families of troops killed in Afghanistan. This afternoon Manchin spoke to Fisher House CEO Ken Fisher to discuss what could be done to help these families.

A Fisher House spokeswoman tells CNN that the charity is making this offer to families of fallen troops with the understanding that whenever the government can pay them, the two parties will work out a reimbursement plan.

“We’re also already helping several of them with free airline tickets, and of course, most will be staying at our Dover Fisher House,” the spokeswoman said. “If the house is full, we’ll pay the hotel bill and any incidentals.”

Defense One's Gayle Tzemach Lemmon reports Pentagon Comptroller Bob Hale told reporters Friday, “We've had a number of people die recently and we will be able to pay them, but not until the lapse of appropriation ends.

"We're trying to be helpful through aid societies and others to the family members who are involved in these tragic circumstances. But unfortunately, we don't have the legal authority to make those payments.”

Fisher House is a charity established to help troops and families in need.