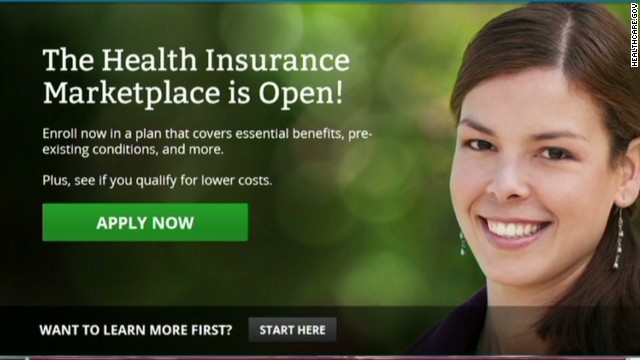 Obama administration: No Obamacare enrollment numbers until November at earliest, volume is problem on website

The Obama administration is not planning on releasing enrollment numbers on Obamacare until November, senior administration officials said Monday, as they continued to insist that delays with the healthcare.gov website were entirely the result of high volume.

“We will release monthly data when it is available,” a senior administration official told CNN. “We have not given an exact date, but it will be after end of month and we will work with states to collect their data to have a good picture of what's happening across the country.”

But the administration has released numbers on the total numbers of visits to the federal site, approximately 8.6 million as of Friday, according to Health and Human Services data. A number cited as evidence of interest in the program. However, it is not clear how many of those who have visited the site were able to successfully use it, or stopped because of technical issues and slow speeds.

“We would expect based on experiences watching other programs like that of Massachusetts, that the first month number will be low, particularly since insurance doesn't actually start until January 1. We expect the first couple of months is mostly people gathering information and learning more, purchasing is likely to come later,” the senior administration official said.

The official rejected suggestions that the administration’s reluctance to share numbers was because the website’s myriad glitches were keeping so many people from registering for health insurance, that the number of those who have managed to actually sign up is embarrassingly low.

As of Friday, around 52,000 insurance applications have been started online on the sites of the 24 states that are operating their own exchanges, based on CNN’s own survey.

Even supporters of the president have complained about the website’s inefficiency, with The Washington Post’s liberal columnist Ezra Klein writing a story titled “Obamacare’s Web site is really bad.”

This weekend, in fact, the administration took the application part of the website down for maintenance during off-peak hours.

All of it is grist for Republican critics, such as House Speaker John Boehner, R-Ohio, who said in a statement on Friday that the “news that its enrollment system is already going offline confirms that the launch of the president’s health care law has been an unmitigated disaster. What the administration wanted to dismiss as simple glitches have turned out to be a system-wide failure. The White House cannot even say how many Americans were able to navigate the fatally-flawed system to actually enroll in a plan.”

Boehner said that the announcement was “more proof that we need to delay the law.”

The Wall Street Journal reported Monday, “Information technology experts who examined the healthcare.gov website at the request of The Wall Street Journal said the site appeared to be built on a sloppy software foundation. Such a hastily constructed website may not have been able to withstand the online demand last week, they said. Engineers at Web-hosting company Media Temple Inc. found a glut of stray software code that served no purpose they could identify. They also said basic Web-efficiency techniques weren't used, such as saving parts of the website that change infrequently so they can be loaded more quickly. Those factors clog the website's plumbing, Media Temple said.”

But the senior administration official rejected suggestions from internet technology experts that the website is poorly designed and flawed.

“Volume is the problem,” the official said. “We are expanding capacity to deal with it but – evidently – that is a delicate and long process.”

In an interview with the Associated Press Friday, President Barack Obama told would-be enrollees, “They definitely shouldn't give up. Typically, what happens is when people are shopping for insurance, they visit a site or make phone calls or look at brochures five, six, seven times before they make a final decision. And they're not going to have to pay premiums until December – the insurance doesn't start until January. So they'll have plenty of time. And my message to them would be, each day the wait times are reduced. Each day, more and more people are signing up, and the product will save you money. People will save hundreds of dollars – in some cases, thousands of dollars – as a consequence of being able to get health insurance that is priced for them and gives them the choices that they need."