Washington (CNN) - Police near the U.S. Capitol opened fire on Thursday on a car being chased by authorities, hitting a woman driving the vehicle that also contained a child, an intelligence source told CNN.

The child appeared to be uninjured, according to the source and witnesses.

D.C. resident Frank Schwing was at the base of the Capitol's steps and saw the black sedan speeding by, followed by several police cruisers.

"They stopped in a grove of trees at the base of the Capitol. Police came out with their guns drawn up on the passenger side, tried to get the driver out," said Schwing. 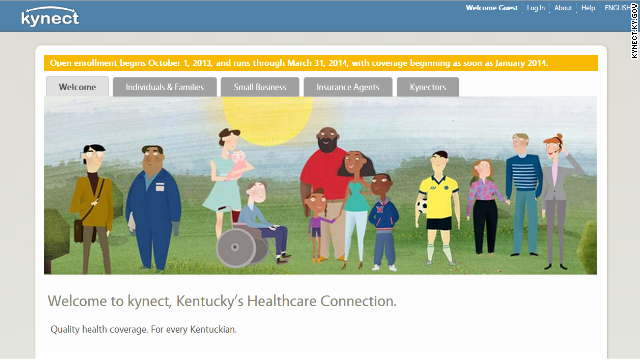 Trying to get concrete Obamacare enrollment numbers from the White House has been impossible.

Officials have rejected any suggestion that enrollment is lower than they’d like and that’s why they’re clamming up. They’ve simply said they don’t have any figures.

But President Barack Obama apparently does and offered a glimpse on Thursday. He said 11,000 people have signed up for coverage in Kentucky since the Affordable Care Act exchanges went live in the states on Tuesday.

The updated number is actually higher and the president’s decision to highlight the state is not likely random.
END_OF_DOCUMENT_TOKEN_TO_BE_REPLACED

Like many of his Republican colleagues, California Congressman Devin Nunes does not support the Affordable Care Act, so-called Obamacare.

Unlike many Republicans, Nunes is publicly criticizing some of his colleagues, calling them "lemmings with suicide vests" earlier this week.

When Nunes first started hearing of the strategy to shutdown the government in order to defund Obamacare, he did the math, and thought it couldn't be done. Republicans didn't have the 67 Senate votes needed to override a veto from the White House.

"It's just a matter of math. It was a silly strategy from the beginning," said Nunes.
END_OF_DOCUMENT_TOKEN_TO_BE_REPLACED

Two days into the government shutdown in Washington, D.C., and there is still no end in sight.

The good news: Both sides actually met at the White House Wednesday. The bad news: All they did was butt heads.

Many right wing Republicans seem to have all their chips on defunding the Affordable Health Act, so-called Obamacare, and are refusing to budge.

Republican Congressman Devin Nunes, who said the shutdown is bad for the GOP and has publicly criticized his party for what he calls a "silly" strategy, said the shutdown gives Democrats a political advantage.
END_OF_DOCUMENT_TOKEN_TO_BE_REPLACED