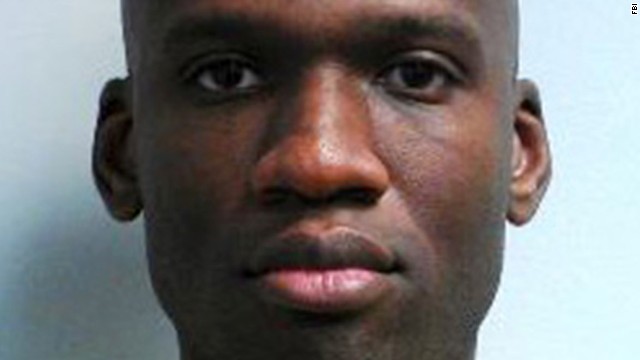 Navy officers were aware that in 2004 Aaron Alexis was arrested for shooting out the tires of a car in a black-out fueled by anger, and yet they admitted him into the Navy and granted him security clearance in 2007 anyway, a senior Naval officer told CNN.

"It appears as if investigators were aware of the incident, interviewed him and were satisfied that it did not preclude granting the clearance," the officer said.
END_OF_DOCUMENT_TOKEN_TO_BE_REPLACED

Navy Yard shooter Aaron Alexis had violent outbursts, run-ins with the police, and heard voices. Alexis's father told police that his son's issues began more than a decade ago, when he began to suffer from he says was post-traumatic stress disorder after 9/11.

It all paints a troubling picture of the mind of a man responsible for the deaths of 12 people at the Washington Navy Yard.

Alexis also shot at tires, said he had blackouts, heard voices through the wall, and said somebody was sending vibrations through a microwave.

"You're describing symptoms of psychosis, the hearing things through the wall and hearing voices which are called auditory hallucinations, are symptoms of psychotic thinking," said Doctor Gail Saltz, associate professor of psychiatry at New York Presbyterian Hospital.
END_OF_DOCUMENT_TOKEN_TO_BE_REPLACED

They were mothers and fathers, civilians and contractors, one a die-hard Redskins fan, another an avid golfer. The 12 men and women whose lives were cut short Monday by a gunman hell-bent on taking as many lives as he could are being remembered not just by the loved ones they left behind, but by all so deeply touched by the senselessness of the attack.

A new government audit suggests budget constraints could be affecting security at a variety of military installations, including the Navy Yard – site of Monday's deadly shooting rampage.

Republican Congressman Mike Turner of Ohio, a member of the House Armed Services Committee, spoke with the special Inspector General who conducted the audit.

"They're very concerned about the safety at the Navy facilities," said Turner. Their report "is very condemning of the Navy's vetting process, not accessing criminal records, not even looking for possible terror suspects."
END_OF_DOCUMENT_TOKEN_TO_BE_REPLACED

Next steps for FBI's investigation of Navy Yard shooter

The FBI is leading the investigation into Monday's deadly Navy Yard shooting rampage.

FBI agents investigating Alexis will talk to co-workers and friends, both past and present, to find out what could have led the 34-year-old Navy contractor to snap, said former FBI executive assistant director Shawn Henry.
END_OF_DOCUMENT_TOKEN_TO_BE_REPLACED