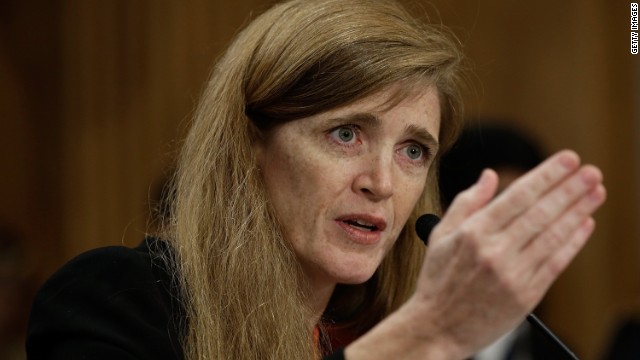 Analysis: Why would the Obama administration think Iran would be offended by Syria using chemical weapons?

In her Friday speech laying out the case for military intervention against President Bashar al-Assad's regime in Syria, U.S. ambassador to the United Nations Samantha Power said something intriguing.

"At a minimum, we thought perhaps a shared evidentiary base could convince Russia or Iran — itself a victim of Saddam Hussein's monstrous chemical weapons attacks in 1987-1988 — to cast loose a regime that was gassing its people," Power said.

Why would the Obama administration think Iran would turn against Syria for gassing its own people? On what basis would that expectation/hope be made?

The administration's thinking is described this way:

During the Iraq/Iran war in the 1980s, Iraq used chemical weapons against Iran, killing tens of thousands of Iranian citizens – including civilians. Iran claims hundreds of thousands were killed or wounded, other accounts commonly cite approximately 50,000.

So Iran is one of the few countries in the world with a recent history of suffering first hand from the use of chemical weapons.

Following the August 21 attack in Syria, to the surprise of many, Iran did not dispute that chemical weapons were used in the attack. The Obama administration believes that this is likely attributed to their own painful history with the horrors of this type of weapon.

To sum up, the Obama administration views the response by Iran's leaders this way: They acknowledge Assad is responsible, but appear divided on how to deal with the fact that a client state used weapons that they find to be abhorrent.

As White House chief of staff Denis McDonough told CNN’s Candy Crowley on “State Of The Union” Sunday, “Let's remember that the Iranians have a particular history with chemical weapons - the receiver, by the way, of attacks with chemical weapons, not the sender. So they're very focused on what's happening in Syria. And we have plenty of reason to believe that they're very uncomfortable with what their - what their ally chose to do here.”