Sen. Isakson changes vote to no on Syria strike, now supports Russia proposal 'if it's for real'

Republican Senator Johnny Isakson of Georgia announced Monday evening that he would vote against authorizing a military strike against Syria over alleged chemical weapons use.

Yet on the same day President Barack Obama announced he would seek congressional authorization for a strike against Syria, Isakson released a statement saying, "I support the use of military action in Syria. If we fail to take strong action against Syria for the horrendous attack then we are sending a signal to Syria as well as to Iran and North Korea that they are accountable to no one."

"This is about the plan and the strategy that's been proposed to us, this is not about the issue of should we hold people accountable," Isakson said in an interview with CNN's Jake Tapper.

The Georgia senator said the U.S. deliberating military action has made an impression on Syrian President Bashar al-Assad, evidenced by Syria's response to an off-hand comment by Secretary of State John Kerry.

"There are talks of Syria surrendering their weapons of mass destruction, and their nerve gas. So it's having a positive effect, and they know the line there," said Isakson.
END_OF_DOCUMENT_TOKEN_TO_BE_REPLACED

Sharp turn in argument over U.S. intervention in Syria

There was a sharp turn Monday in the argument over whether the U.S. should target the Syrian regime with limited strikes as punishment for the Assad government allegedly using chemical weapons on its own people.

In less than 24 hours, President Barack Obama will speak directly to the American people. Until Monday, one could reasonably assume he would make the case for military intervention. After all, he did say that's exactly what he wanted to do nine days ago.
END_OF_DOCUMENT_TOKEN_TO_BE_REPLACED 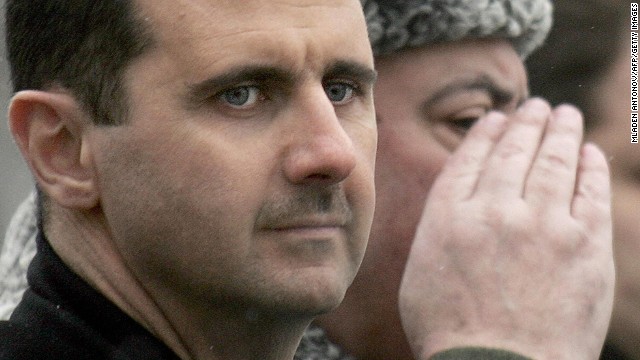 Syrians write to members of Congress

A letter from the Speaker of the People’s Assembly in Syria is being circulated on Capitol Hill.

“We write to you urgently as you are debating the process of launching an attack on Syria. Additionally, we write to you as fellow Parliamentarians and representatives of our peoples,” the letter says, outlining a case that the rebels have had chemical weapons and questioning why the Syrian regime would engage in such an attack.
END_OF_DOCUMENT_TOKEN_TO_BE_REPLACED

Reporter: There's 'no constituency' for U.S. intervention in Syria

President Barack Obama has an enormous lift in front of him, and less than half the country behind him. A new CNN/ORC poll puts the president's approval rating at just 45%.

On the eve of an address to the nation, the president does not appear to have the political capital to sway the country on U.S. intervention in Syria. Only 9% of Republicans and 26% of Independents approve of how Obama is handling Syria. Obama needs Republicans and Independents behind him on this, he cannot do it with just Democrats.
END_OF_DOCUMENT_TOKEN_TO_BE_REPLACED

Flashy scarf aficionado and former NBA star Dennis Rodman has become an unlikely liaison to the world's most isolated dictator.

Rodman just returned from his second friendly visit to Pyongang, paid for this time by gambling website "Paddy Power." While he was there, it seems he and Kim formed a grand, diplomatic plan.
END_OF_DOCUMENT_TOKEN_TO_BE_REPLACED