(CNN) – New York mayoral candidate and former congressman Anthony Weiner said Tuesday that some of the sexually explicit online exchanges that were published by a gossip website happened after his resignation from Congress in 2011.

"Some of these things happened before my resignation, some happened after," Weiner said at a hastily organized press conference.

His remarks came hours after screenshots of sexually charged conversations and photographs appeared on a gossip website which alleged the communications were between Weiner and a young woman last summer.

Weiner resigned from Congress in 2011 after admitting to sending lewd photographs and images to multiple women. 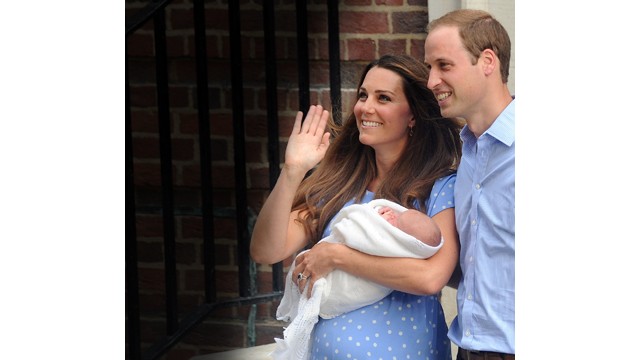 Place your bets – on the royal baby name

Now that the heir to the throne has finally arrived, Britain's betting business has gone bananas.

"Most popular bet is definitely the name. Ever since the Duchess of Cambridge nearly said 'daughter' it's been all about girls' names," said Jennie Priest, spokeswoman for the betting house William Hill.

Betters who staked their money on a boy won big on Monday, odds had favored a female as the future monarch.

But after his arrival, the money really started rolling in.
END_OF_DOCUMENT_TOKEN_TO_BE_REPLACED

There are so many proper procedures surrounding the royal birth, and they are just as preciously anachronistic as one might expect from the country that pretty much invented pomp and circumstance.

But the new parents, William and Catherine, are doing things with a few modern twists, or modern for one of the longest-running monarchies in the world.

On the modern side, the palace broke from tradition by sending word of the birth in an email, Will and Catherine will not have a nanny, and the British Home Secretary was not present to witness and verify the birth – that was an old tradition that was not-so-modern, and oh-so-creepy.

The Duke of Cambridge will also take two weeks of paternity leave.

On the not so modern side, they still posted the official announcement on a gilded easel outside Buckingham Palace, and the baby still has access to five castles.

Check out more modern twists on royal baby customs in the video above.

When you're name is Anthony Weiner, why would you even need a dirty pseudonym for online sex chats? But Weiner, or "Carlos Danger" as one website is alleging he liked to go by, is admitting that new sexually explicit online chats have surfaced.

The news comes right in the middle of his bid to become New York City's next mayor.

"I don't believe he can survive this," said CNN contributor and Republican strategist Kevin Madden. "Weiner's path was not about his transgressions, but instead about the people of New York and what he could do to help their lives. And this in an incredible way, an extraordinary way, complicates that. He can never have that conversation now."
END_OF_DOCUMENT_TOKEN_TO_BE_REPLACED

Only in London can a baby bump lead to a tourism bump. Some travel agents said they saw an uptick in royal baby fever leading up to the final weeks of Catherine's, the Duchess of Cambridge's, pregnancy.

But now that the future king has arrived, it's the city's top tourist attractions that are getting ready to deliver.
END_OF_DOCUMENT_TOKEN_TO_BE_REPLACED