Members of the intelligence community briefed congressmen and senators on the Boston Marathon bombing investigation Wednesday. Republican Rep. Michael McCaul of Texas said he believes the FBI did not go far enough when it investigated Tamerlan Tsarnaev back in 2011, and failed to follow up when he returned from a trip to Russia in 2012.

"It's the travel issue that has become kind of the big question here in terms of who knew what and when," said McPaul.

"You basically have the Department of Homeland Security with the information he's traveling to the Chechen region, and the FBI not knowing about that," said McPaul. "Was that shared with the FBI within the Joint Terrorism Task Force? That's a very, very important question because ... connecting the dots after 9/11, that is what it is really supposed to be about, and we thought we had fixed this."
END_OF_DOCUMENT_TOKEN_TO_BE_REPLACED 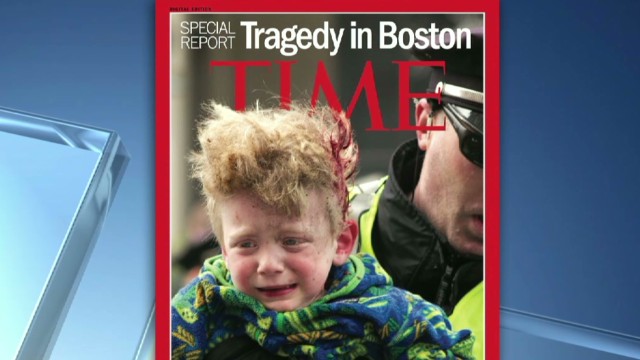 A young boy, bloody, crying, and being carried by a first responder in the aftermath of the Boston Marathon bombing attack, is pictured on the cover of Time Magazine this week. In a statement first released to CNN, the family said their son "is at home and doing fine."

The full statement below:

The family of the young boy pictured on the cover of this week's Time magazine would like the world to know that their son is at home and doing fine. The family has been deeply touched by the outpouring of concern and support from around the world and ask that the media please respect their privacy and not contact them. They will not be commenting any further.

Obama administration officials waded into the Boston Marathon bombing attacks, forcing others in the administration to beat a hasty retreat Wednesday.

The Obama administration quickly moved away from that assessment, with White House Press Secretary Jay Carney refusing to speculate on jihadi motivations for the attack.

"There's an investigation under way. We know some things. There's a lot more to learn, and that's why the investigation is taking place," Carney said in response to a reporter's questions on Biden's comments.

"We just had a young person who went to Russia, Chechnya, who blew people up in Boston. So he didn’t stay where he went, but he learned something where he went, and he came back with a willingness to kill people," Kerry told a Belgian reporter.

Back in Washington, D.C., the State Department was quick to distance the administration from the Secretary's remarks.

An important part of of the process is meeting with the families.

"When you meet with individual families, in confidence, private meetings, it's very emotional. 'Mr. Feinberg, keep the money. I don't want the money. Bring my son back, bring my wife back, bring my husband back.' 'I can't do that,' you explain," said Feinberg. "I can only do a small thimble of your tragedy, of ... the crisis you confront, provide some financial help that may help you move forward as best you can."

"You do not begin to try and place yourself in the shoes of these survivors... It it's very, very emotional," said Feinberg.

Watch The Lead with Jake Tapper at 4pm on CNN for more of our interview with Kenneth Feinberg.