Suspects' mother: 'This is a setup'

"It's impossible for them to do such things," Tsarnaeva told the English-language Russian news channel RT. "I am really, really, really telling you that this is a setup."

Tsarnaeva's sons are suspects in the deadly Boston Marathon bombings. Her eldest son, 26-year-old Tamerlan Tsarnaev, was killed yesterday in a shooting in a suburb of Boston. Her youngest son, 19-year-old Dzhokar Tsarnaev, remains on the run Friday as thousands of law enforcement authorities cast a wide net that virtually shut down the Massachusetts capital amid warnings the man was possibly armed with explosives.

"My son would never keep it in secret," added the suspects' mother. "If there is anyone who would know it would be me... He would never hide it from me. But [there was] never, never ever even a word."

The mother went on to talk about her sons' upbringing in the United States.

"My youngest was raised from 8 years in America, and my oldest he was really, really properly raised in our house," said the mother. "Nobody talked about terrorism. Tamerlan got involved in religion like five years ago. He started following his own religious acts, and he never, never told me that he would be on side of jihad."

"How could this happen? How could they - they were controlling every step of him, now they are saying this is a terrorist act?"

Republican Rep. Peter King, former chairman of the House Homeland Security Committee, said Friday the Chechen community in the United States doesn't have a history of radicalization but argued it's time to question whether that's changed.

In an interview on CNN's "The Lead with Jake Tapper," the longtime congressman from New York also said it was "offensive" for the parents of the two suspected bombers to argue their sons were being framed in the U.S.

While the two suspects in Monday's Boston Marathon bombing came to the U.S. with Kyrgyzstan passports, their family was from the volatile Russian Caucasus, an area that includes Chechnya and Dagestan.

King, who now serves as the chairman on the House subcommittee for counterterrorism and intelligence, said he's "never heard" of the Chechen community in the U.S. "having been radicalized."

Mechanic saw suspect after bombings, says he was acting suspiciously

Auto shop owner Gilbert Junior says he has known 19-year-old Dzhokhar Tsarnaev - a suspect in the Boston bombings - for more than two years. The day after the terrorist attack, Junior says Tsarnaev came to his shop and acted very strangely, demanding a car that he had dropped off two weeks earlier. When Junior said the car was not ready for pick-up, he said Tsarnaev replied anxiously, "I need the car right now."

"He was biting his fingernails, which he's never done before," and walking in circles, said Junior. "I thought he was on drugs, to be honest with you, because ... I'd never seen him acting the way he was acting."

Junior said Tsarnaev did not appear injured in any way, and actually appeared at the shop well-dressed in Luis Vuitton shoes.

It has been hours since the deadly shooting that killed one of the Boston bombing suspects, 26-year-old Tamerlan Tsarnaev. Yet one other suspect, 19-year-old Dzhokar Tsarnaev, is still on the run, despite the high number of law enforcement officials that are hunting him. Former Assistant Director for the FBI Bill Gavin said he is surprised the younger brother has eluded capture.

"It is surprising nobody has seen him run into a backyard, or into any place where they could get their hands on him," said Gavin.

"My concern is whether or not this young man, the 19-year-old, took maybe a couple rounds, because a lot of bullets went into that car and into his brother," Gavin said, referring to the deadly shooting that took place in suburban Watertown, Boston early Friday morning.

"I don't see how he escaped with having none, and I just wonder if he is gone to nest someplace and [bled to death], that would be a concern of mine," said Gavin. 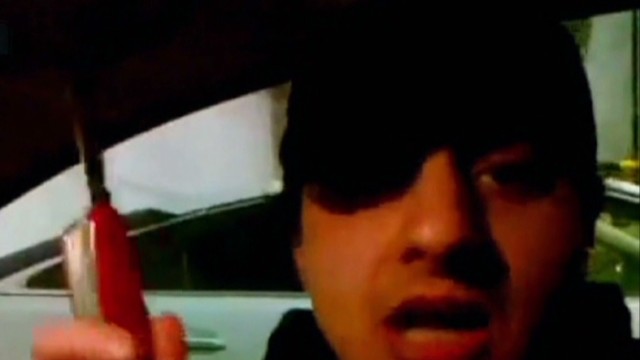