The marathon terror attack is underscoring the danger of IEDs within our shores. These bombs are cheap to make, and hard to find. They can cause mass casualties in a large crowd, and kill in shocking fashion.

IEDs, or improvised explosive devices, are the legacy of the war on terror. IEDs have wreaked havoc on U.S. forces in Iraq and Afghanistan, easily tearing through heavy metal, and in Afghanistan amounting to half of all U.S. forces' deaths.

But with the devastating bombing at the Boston Marathon, the threat our troops face overseas has entered the home front.
END_OF_DOCUMENT_TOKEN_TO_BE_REPLACED

It's unclear at this point if and when a suspect, or suspects, will be arrested and brought to court, but lots of questions remain over how that process would work. It would be a high profile case, with many difficulties.

"The collection of evidence, it sounds very interesting on TV, but trying to translate that and convert that to admissible evidence into a courtroom can be quite challenging," said former U.S. Attorney David Kelley. Kelley prosecuted the 1993 World Trade Center bomber, and acted as co-lead prosecutor of American Taliban John Walker Lindh.

It's possible the suspects of the Boston bombings are not American citizens.

"If the person is apprehended here, whether a U.S. citizen or not, they're going to be treated under the U.S. federal criminal law," says Kelley.

"It becomes challenging if the suspect has left the country," added Kelley. If that is the case, officials officials would have to follow the different extradition treaties in order to apprehend the suspect and bring him or her back to the U.S.

From Pennsylvania Avenue, to public events around the country, there is a heightened sense of vigilance in the wake of the Boston bombings. There are more events scheduled in the near future that will again bring out huge crowds, like the Kentucky Derby, the Oklahoma City Memorial Marathon, and the Indy 500.

"You can reduce the risk of an incident, but you cannot create a fail-safe environment, certainly not along a 26-mile plus path that goes through commercial, residential areas," says Tom Ridge, former Secretary of Homeland Security and Governor of Pennsylvania.
END_OF_DOCUMENT_TOKEN_TO_BE_REPLACED 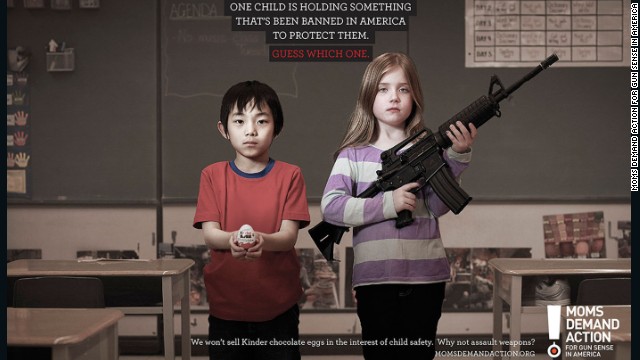 Moms are making their mark in the nation's gun debate.

Moms Demand Action for Gun Sense in America, a group formed in response to the Connecticut school massacre, released a series of blunt ads this week that questioned what it calls lax U.S. gun laws.

A featured spot shows two little girls. One holding a large assault weapon and the other holding a copy of "Little Red Riding Hood." The text above the two girls reads, "One child is holding something that's been banned in America to protect them. Guess which one."

"These ads really point out the absurdity of how lax, and how weak our gun laws have become at a federal and state level in this country," said Shannon Watts, the group's founder.
END_OF_DOCUMENT_TOKEN_TO_BE_REPLACED