So few of the individuals responsible for the financial crisis have been punished in any way. One reason for the lack of penalties may stem from the fact that those in charge of regulation and enforcement, did not do their jobs with the necessary vigor and aggressiveness.

The mission of the S.E.C. is "to protect investors and maintain fair, orderly, and efficient markets." Schapiro took the helm at the embattled S.E.C. in June 2009. And while many praise her for restoring the reputation of the agency at that time, she has also been criticized for never fully holding Wall Street accountable for the worst misdeeds that caused the financial crisis.
END_OF_DOCUMENT_TOKEN_TO_BE_REPLACED

Hillary Clinton: Will she or won't she?

Just two months have gone by since Hillary Clinton left the State Department, saying she wanted to finally enjoy life as a private citizen. But it didn't take long for her to get back into the spotlight. The former secretary of state is set to make her first official speech since leaving public life Tuesday night. On Friday, she will headline a women's event in New York, and later this month a housing event in Dallas, her first paid speech for an undisclosed sum. In June she heads to the Economic Club of Grand Rapids in Michigan.

"I remember when she was a senator, she would get upwards of 100,000 requests a year for everything from speeches to appearances to press conferences to interview requests ... and that continues now," said Philippe Reines, a Clinton spokesperson "She is no less interesting to people now than she was two years ago, five years ago, ten years ago, or twenty years ago."
END_OF_DOCUMENT_TOKEN_TO_BE_REPLACED 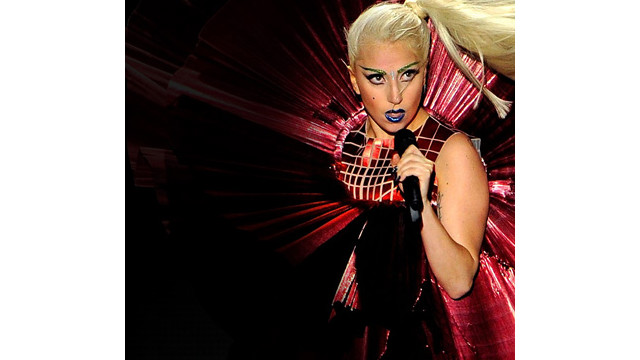 Lady Gaga once wore a dress made of meat, but apparently even she has her limits. The pop superstar reportedly turned down an offer of $1 million to play at the Republican National Convention. Turns out an independent conservative group - American Action Network - courted Gaga to perform in Tampa, Florida, last summer at an event "honoring women who run for public office." The rejection is probably not much of a surprise, seeing as how Gaga isn't exactly known for her conservative views. But had she taken the offer, she wouldn't be the first celebrity to get a paycheck from a strange ideological bedfellow

Jennifer Lopez reportedly once earned $2 million to sing for a Russian billionaire. Elton John sang at Rush Limbaugh's 2010 wedding, telling "USA Today" they even became friends ("He sends me the loveliest e-mails," the singer said). 50 Cent? You can find him "In Da Club" and and at da bat mitzvah for the daughter of one-time defense contractor David Brooks.
END_OF_DOCUMENT_TOKEN_TO_BE_REPLACED

Syrian leader Bashar al-Assad will not survive the Syrian civil war, says Andrew Tabler, senior fellow at The Washington Institute. Asked on "The Lead with Jake Tapper" on Tuesday, "Do you think this ends with Bashir al-Assad alive?" Tabler replied, "No."

The brutal civil war in Syria claimed more than 6,000 lives in March alone, making it the deadliest month since the conflict began a little more than two years ago, the opposition Syrian Observatory for Human Rights reported Monday.
END_OF_DOCUMENT_TOKEN_TO_BE_REPLACED

An NRA-backed proposal released today included a plan to train and arm adults as a way to protect kids from shooters, a plan the Mayor of Chicago and former White House Chief of Staff Rahm Emanuel rejects.

"That is not what schools are for, " said Emanuel, adding that teachers and principals should be focused on the education of children, not learning how to use guns.

"There are a whole host of things to do different as it relates to safety in schools," said Emanuel. "Training principals and teachers on the use of hand guns is not one of them."
END_OF_DOCUMENT_TOKEN_TO_BE_REPLACED