A smartphone for your wrist?

It seems smartphones have already taken over our lives, and it's only going to get worse, or better, depending on your point of view.

There is a new battle being waged to take over your wrist and face, with wearable technology emerging as the biggest trend in Silicon Valley.

Google is betting big with its forthcoming "Google glass."

Apple, meanwhile, is rumored to be coming out with a smartwatch. Apple may very well dominate, but it will be late to the party.

The idea for the Pebble smartwatch came "when I was cycling, and I had my phone in my pocket, and I wanted to see what was happening on my phone, who was emailing me, who was texting me, who was calling me, without having to take my phone out of my pants," said Eric Migicovsky, inventor and CEO at Pebble.
END_OF_DOCUMENT_TOKEN_TO_BE_REPLACED

Fmr. defense secretary: China is not happy with North Korea

By Sherisse Pham and Jake Tapper

After a full month of tough talk, photo-ops, and hilariously bad photo shops, North Korea took it to another new level today, announcing that leader Kim Jong Un has signed off on a plan to aim rockets at U.S. targets, including American cities like Washington, D.C., L.A. and Austin, Texas.

Overnight photos were released of Kim inside his "war room" as he went over the strike plan. While most military analysts say there's no way he can pull it off, there are tens of thousands of U.S. troops probably within range in the Pacific.

The new threat comes a day after the U.S. responded with an attention-grabbing move of its own, deploying two B-2 stealth bombers from Missouri to make a mock 6,000-mile bombing run over South Korea. The Pentagon's way of saying, 'We're not playing.'

"I don't think we are poking back or responding," Secretary of Defense Chuck Hagel said Thursday. "The North Koreans have to understand that what they are doing is very dangerous."

Former Secretary of Defense William Cohen says we should be very concerned about North Korea, who added that one of the country's few allies, China, should step up the pressure. Cohen was in China earlier this week, and said the country is displeased with the hermit kingdom.

"They are not happy with the North Koreans. They are very worried that this thing could get out of hand," Cohen said on "The Lead with Jake Tapper" on Friday. "They want the rhetoric to be lowered to be sure, but also to try to reduce the notion that we're headed inevitably toward any kind of conflict."
END_OF_DOCUMENT_TOKEN_TO_BE_REPLACED

Televangelist Joel Osteen, has a message for viewers of The Lead, and everyone on this Easter Sunday.

"My message is that God is good. He's for us. He's a God of mercy.He's got a plan and purpose for all of our lives. A lot of people grew up seeing God as somebody far off and God's mad at me and God's full of rules," says Osteen.

But that's not our message, he adds.

"Our message is God is a loving father. And when you come into a relationship with the creator of the universe, God will take you places you've never dreamed of."

Joel Osteen on consulting for new hit series "The Bible"

Televangelist Joel Osteen is a consultant on the History Channel's series, "The Bible," which has become a runaway success. More than 10 million people watched last week's episode, and nearly 14 million watched the debut. Osteen's friend Mark Burnett produces the show.

Osteen is not surprised by the success.

"There are a lot of people of faith still in our country and when somebody takes a step of faith like Mark and [co-executive producer Roma Downey] did, people want to get behind it and see good quality, you know, production of something that's ... dear to all of our hearts, and that is the scripture and the bible," said Osteen.

Osteen also dismissed the controversy surrounding the actor cast as Satan bearing a resemblance in some people's minds to President Obama.

"I felt like it was nonsense," says Osteen. "People can draw funny conclusions."

There are no kinder people "than Mark Burnett and Roma Downey. I think it was just, you know, the fact that he had played Satan before ... in other series kind of shows you that it wasn't something that they had singled out," adds Osteen.

Watch The Lead with Jake Tapper at 4pm ET on CNN today for our full interview with Joel Osteen. 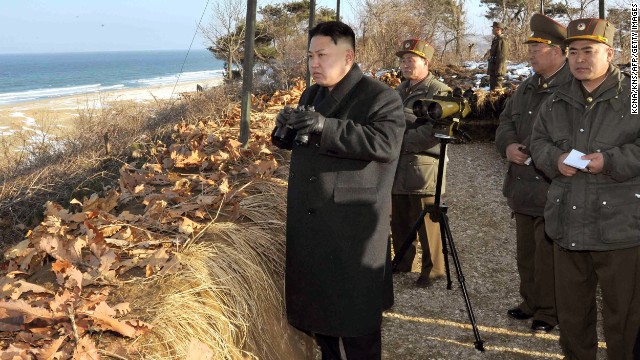