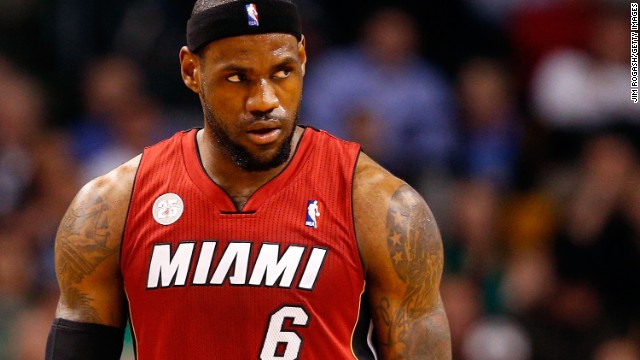 What's happened since the Miami Heat last lost a game? A lot

Let's face it, the Cleveland Cavaliers have virtually no shot at winning an NBA title. But stopping LeBron James and the rest of the Miami Heat from extending their 23-game winning streak might qualify as the next best thing.

James takes on his scorned ex-team tonight in Cleveland. It's a David-and-Goliath type match-up in which Goliath will almost certainly win, again. After all, the Heat haven't added to their "L" column since February 1. And if that doesn't seem very long ago, it might once you realize just how much has happened since then.

It's been 47 days since we last saw the Miami Heat get spanked by the Indiana Pacers.

The next day, the Harlem Shake internet phenomenon that launched a thousand copy cats was born. It may seem like the Harlem Shake has been haunting our lives for months and months, but the first video appeared online just 46 days ago. Few of us could have guessed that it would be spoofed by everyone from TV hosts, to divers, to, yes, even the Miami Heat.

The Heat's streak officially started on February 3, a time when we were all too busy paying attention to the Superbowl, that other big sports story.

Since then, we've lost a pope, and gained one.

And the meteoric rise of Hollywood underdog "Argo."

Speaking of meteors, this happened in Russia.

But there was no need to panic. After all, president Obama had just said the state of the union is strong.

By the time the Heat made it to sweet 16 in their streak, we had witnessed the death of a world leader, Venezuelan President Hugo Chavez.

And the birth of a bizarre bromance between Dennis Rodman and leader of North Korea Kim Jung Un.

And more recently we were reminded that even the best streaks, like the Dow Jones, eventually come to an end.

Just don't tell that to the Miami Heat.