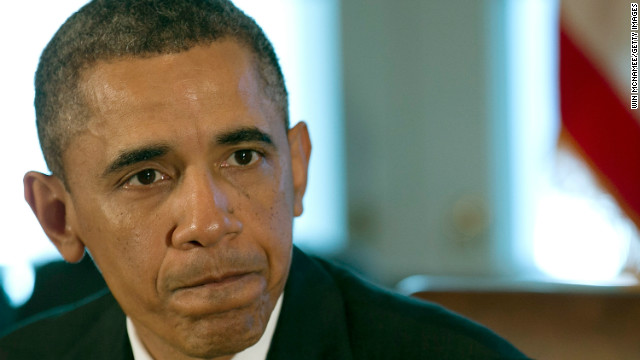 Liz Cheney agrees with President Obama - he is no Dick Cheney

Defending his administration's lack of transparency over its drone policy, President Obama reportedly told Democratic Senators, “This is not Dick Cheney we’re talking about here,” according to Politico.

"I have to agree – he certainly is no Dick Cheney," Liz Cheney told CNN. Liz is the former vice president's eldest daughter.

Sen. Jay Rockefeller, D-W.Va., confronted the president Tuesday over the administration's opacity, and its refusal to show congressional intelligence committees memos justifying the use of drones against American terror suspects abroad, according to Politico. In his defense, the president told his former colleagues that his administration is better than the last one.

“It’s a low bar to say that their secrecy is no worse than Cheney’s,” said Chris Anders, of the American Civil Liberties Union (ACLU).

Under President Obama, "absolutely zero of the legal opinions" on drones have been made public, the ACLU legislator continued.

"We now have a president who is engaging the United States in war-like actions across a couple different continents without Congress even knowing where he is going, or the authority he is claiming,” Anders said.

“It is true that, when it comes to secrecy and executive power abuses, Obama is not Dick Cheney," said Glenn Greenwald, author of "How Would a Patriot Act" and a columnist at The Guardian. "Cheney never targeted U.S. citizens for assassination, nor prosecuted whistleblowers at anywhere near the rate Obama has, nor waged a war (in Libya) after Congress expressly rejected its authorization."

For the longest time, the administration did not even acknowledge the drone program existed, said Ken Bunting, executive director of the National Freedom of Information Coalition. Now that it has, it has to deal with Congress, and how that plays out will leave a lasting impression.

"The secrecy surrounding the drone program is going to hurt [President Obama's] legacy," says Bunting. "Secret law does not make sense for people who live in a democracy."

Obama is falling short of the standards he himself set, says Kathy Kiely, of the Sunlight Foundation.

Saying “that you are not transparent but other people have been less transparent does not seem to be much of an argument,” adds Kiely.

The last statement from the administration on its drone policy came more than a week ago, when CIA Director John Brennan issued a paper statement to Rand Paul, R-Ky., who said he would have no authority to carry out lethal operations, drone strikes, inside the United States.

The White House today refused to elaborate on what the president meant by the Cheney comparison. The silence is ironic, given that it is Sunshine Week - a national initiative to promote an open government, and more government transparency.